Important Factors in Determining How Safe Your Vehicle Is

Home » Important Factors in Determining How Safe Your Vehicle Is 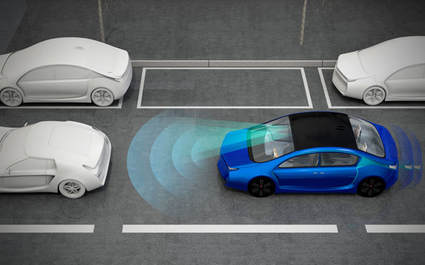 The Insurance Institute for Highway Safety (IIHS) found that collision fatalities in late-model vehicles have dropped by more than a third in the past three years. The IIHS and the National Highway Traffic Safety Administration (NHTSA) evaluate crashworthiness – or how well a vehicle protects its occupants during a crash. IIHS uses Top Safety Pick and Top Safety Pick+ for its ratings system, while NHTSA has a 5-Star Safety Ratings Program. It’s a good idea to look at both ratings, because they may emphasize different factors that could be important to you.

Here are six things to consider when looking at car safety.

1. Size Matters
The size of your vehicle plays a major role in safety. Smaller cars tend to be lighter and don’t provide as much protection for the driver. Heavier vehicles are less affected by collisions, but they take longer to stop.

2. Body Build
Most car frames are built out of steel, however, aluminum is also becoming more popular due to its reduced weight, which helps increase gas mileage. Both materials provide excellent strength and durability, so it’s also important to consider frame and body designs, which have evolved significantly and now provide even better protection for drivers and passengers. These advances help absorb collision energy and provide a high-strength structure around vehicle occupants to prevent or reduce injuries. Some are designed to collapse and redirect the force of a collision, while others provide a rigid structure around the driver.

Older vehicles don’t redirect the energy of impacts as well as newer models because of the steel used to construct the body and reinforce the vehicle’s frame.

3. Tire Pressure Monitoring Systems
Tire Pressure Monitoring Systems (TPMS) became mandated in 2007. TPMS alert the driver when tire pressure is irregular through a display light or gauge on the instrumental panel. It’s important to keep your tires properly inflated to the manufacturer’s specifications to help prevent tire blowouts. NHTSA estimates that this safety feature can prevent upwards of 79 deaths and 10,365 injuries each year in the United States.

4. Airbag Safety
Airbags have been a standard requirement in all passenger vehicles since 1999. IIHS research shows that front airbags reduce driver fatality in frontal crashes by 29 percent. Front passenger airbags have become safer with the use of weight sensors, and NHTSA data shows this enhancement saves lives, reducing front passenger collision fatalities by 32 percent.

Newer vehicles have incorporated side airbags to protect the driver’s head from hitting the window in driver-side crashes – the IIHS found that these additional airbags reduce driver death by 37 percent in cars and 52 percent in SUVs. Some vehicles on the market also have rear-window curtain airbags to protect individuals riding in the backseats, and front center airbags to prevent the driver and passenger from colliding into one another in the event of a collision.

5. Electronic Stability Control
Electronic stability control (ESC) was first introduced in 1996. ESC uses speed sensors to allow each wheel of the vehicle to brake individually, which is the foundation of anti-lock brakes. Rotation and steering sensors detect the vehicle’s position and auto-adjust the brakes on the wheel, giving the driver more control.

Adaptive cruise control maintains a safe distance from vehicles you are following and even includes built-in autonomous steering and braking should a collision be imminent.

Adaptive headlights move with the curves of the road, lighting up the direction your vehicle is traveling.
Blind spot detection warns the driver that an object is present in a blind spot by illuminating a light on your side view mirror.

Front crash prevention alerts drivers to potential obstacles ahead of the vehicle and apply brakes if needed.

Back-up cameras (mandatory in all new models by 2018) and sensors help reduce the chances that a driver will back into an object, vehicle or person.

Collision safety technology has advanced in the last six to eight years and because of this, newer vehicles equipped with modern features are inherently safer than their older counterparts. The bottom line: new technology lowers the chances of collisions, injury and death.